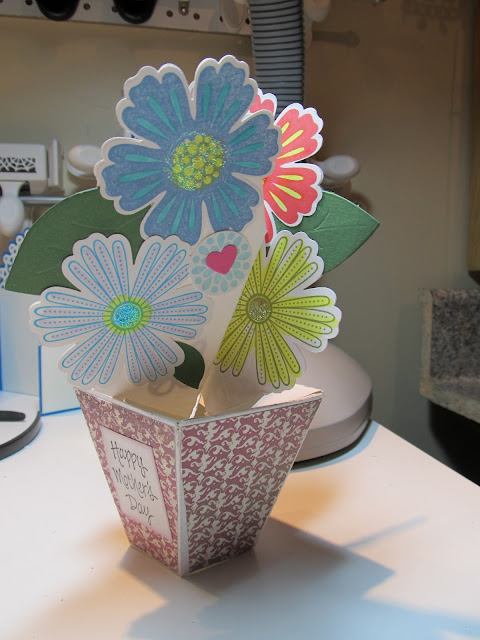 I went shopping with my family over the weekend.  I saw this amazing 3D Mother's day card!  I had to buy it and try and figure out how it worked!!!  It took me all day to figure it out- I had to demolish the card to see the inner workings but I like how it came out.  I think the possibilities are endless!  Take a look at some more pictures.  I also did a little quick video so you could see how it works! 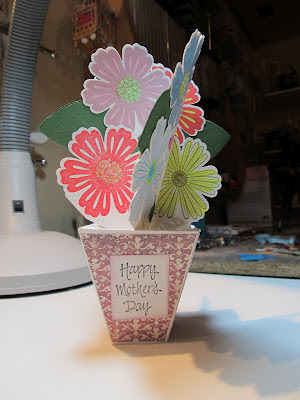 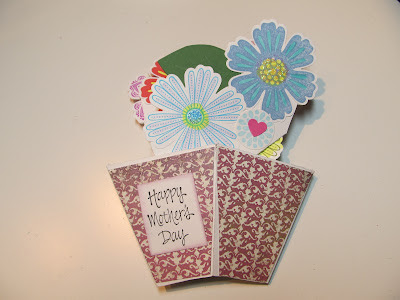 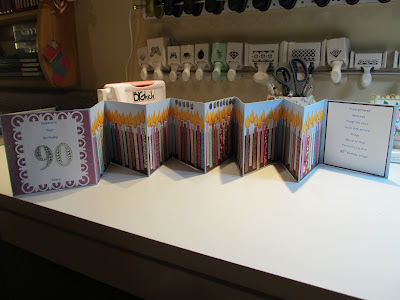 I have finally finished making a special card for a special person who is celebrating their 90th Birthday soon!  I was inspired by the card I saw on Splitcoast Stampers.  I even loved the sentiment! Check it out here-
http://www.splitcoaststampers.com/gallery/photo/2141986?&si=90th birthday

I have a new appreciation for 90 years of life!!!  As I made each candle- I realized this person has been alive for a LONG time!!!  I can't even imagine that I will make it to 90 years of age!!!  If I do- I hope I will have the sense of humor and quick wit that this special person had displayed for all the time I have known him!
Here are a few more pictures of this long, long card.  Can you tell I used the wing of SU's bird punch for the flame.  I loved using scraps of my favorite paper for the candles....many, many candles....!!! It really was fun to make!!!  I hope he enjoys it! 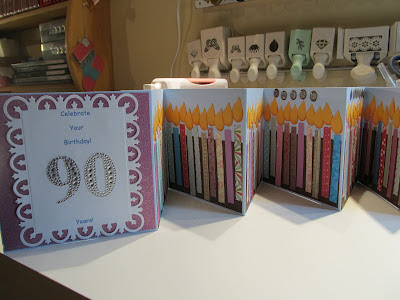 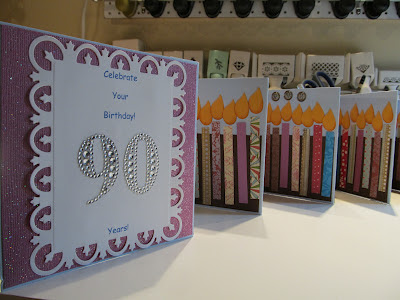 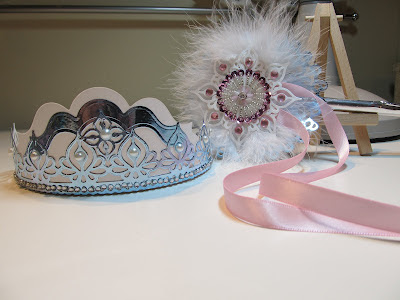 Where has the time gone?  We are already approaching the 4th week of April! Yikes! I have been busy working on making a Tiara and Magic Wand!  Every birthday girl needs one!  I have a fabulous Grandson who is into Cars and trucks and wouldn't  care a hoot about a tiara or Magic Wand.  I don't have a Granddaughter....sigh...yet..sigh...   But after seeing Becca's Tiara and Magic Wand over on her blog- Amazing Grace...I had to make one!.  Now I am not Becca...sigh...but it is my attempt to channel the Princess in everyone.  So here it is... First, you will want to see Becca's...sigh, it is beautiful!
http://www.amazingpapergrace.com/spellbinders-abilities-and-beyond-blog-frenzy-day/

Maybe I could be her lady in waiting??? 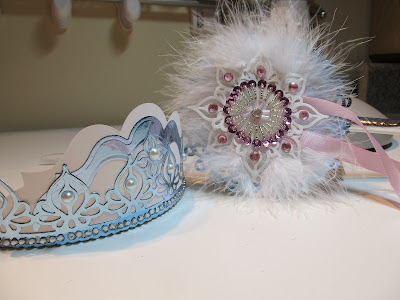 I purchased Spellbinder's Persian Accents.  I didn't buy the Persian Motifs, which Becca did use for her tiara.  So I made due with just the Accents.  It makes for a little less height on my tiara but again- A lady in waiting shouldn't have as big a tiara as her Princess- right?  The Medallion on my Magic Wand was made with the die that came with the Persian Accents- I just put 2 together and offset them to make a circle and added some bling. The center was something I purchased from Tate's in Bath - from the notions section. 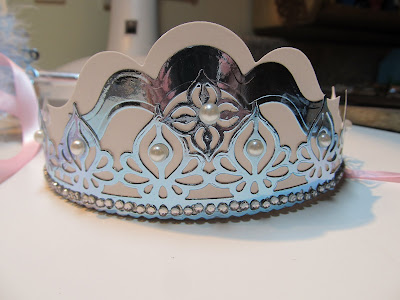 Spellbinder's Labels Twenty die was used to make the backdrop in white.  I cut it a little more than in half and used a little glue to make sure it stays in place.  This ended up being a very economical to make.  I used Scor Tape to adhere the silver part of the tiara to a silver headband. The headband cost  one dollar! All the bling was part of my stash along with the fluffy feathers - I love using this stuff!!!  Shh...Shh... When no one is around I plan on wearing this beautiful tiara!!! I think it will make me feel like a Queen!! 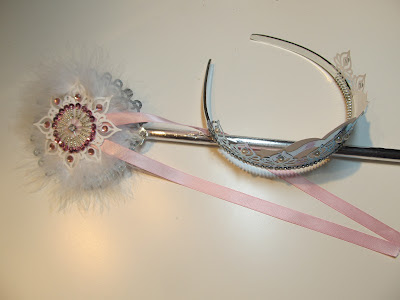 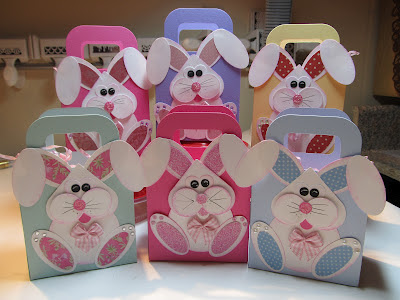 I am taking these bunny boxes to work tomorrow to give to my staff! I saw these adorable bunnies on pinterest and cased them.  Check it out - http://goinovertheedge.blogspot.com/2012/03/punch-art-bunny-rabbit-card-for-easter.html

The box is from Sizzix!  You can almost tell which punches I used to make the bunny.  The ears and feet are the small and large oval punch from SU! The head is a heart punch - turned upside down.  The body is a circle punch from Spellbinders as are the cheeks- just a smaller size.

I had fun making these! Who doesn't love bunnies!  I hope everyone has a wonderful Easter!
Posted by Chris at 6:28 PM 5 comments: 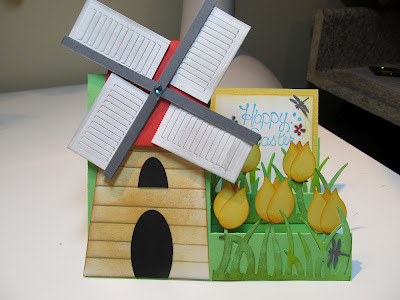 I love my new shutter die from Memory Box!  Not only can you use it with the window die from Memory Box but it makes a great Windmill!  I made the tulips from SU's bird punch.  The card itself is a Side Step Card.  SU's large and small oval made the door of the windmill and the window.  Here is another view of my Windmill card- front and back! 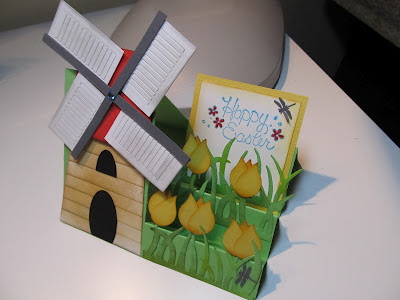 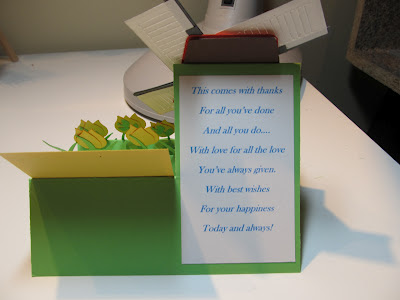