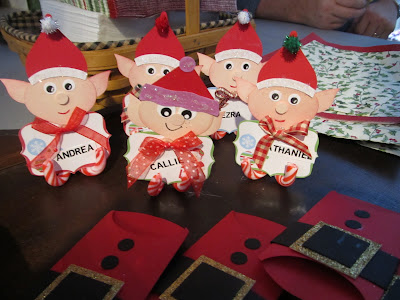 It is hard to believe that Christmas has come and gone!  This year it was great to have the kids here at Christmas to help celebrate!  We put our Christmas decorations up pretty early to enjoy them.  But we also take them down right after Christmas.  I thought I would share a few pictures of our Holiday.
The above picture was a  fun craft get together with my sisters to make for the Christmas table!  We used the Santa suits to slide silverware into.  It was very cute!  Happy New Year to everyone! 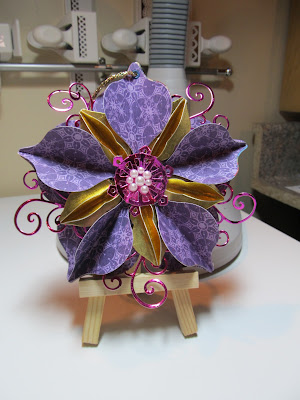 I wish you a Merry Christmas and a Very Happy New Year!
Posted by Chris at 11:53 PM 3 comments:

The Dance of the Penquins 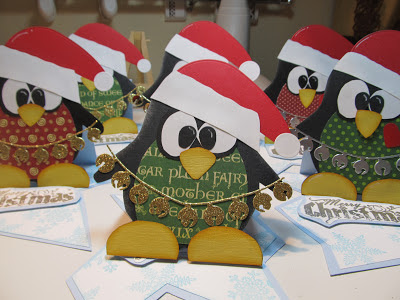 I fell in love with this little Penquin when I first saw him on the Splitcoast Stampers site!  So cute!  It is hand cut from a template.  The only punches that I used were for the Santa hat ( Spellbinder's Paisley die) and the Jingle bells ( Memory Box die) the rest were all hand cut!!  I found the template on Dina's site here-

You can also see another version on this little guy on this blog- it's in a foreign lanuage but the Penquin is soooo adorable!!
http://sil-wi.blogspot.ch/2012/12/pinguin-easel-card.html

I have a few pictures of the construction progress of my Penquins. I made about 24 of these little guys!! They really come alive when you add the eyes!!!  It is hard to believe that Christmas is right around the corner! 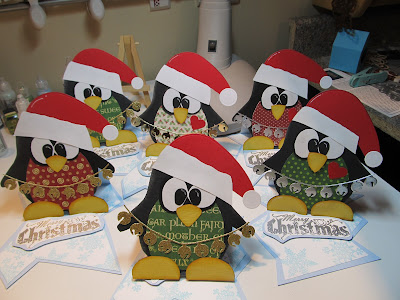 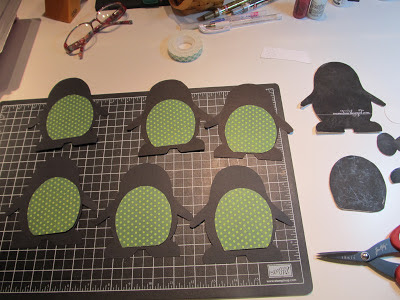 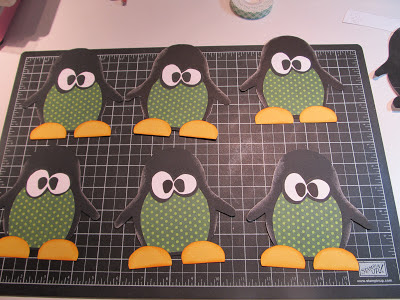 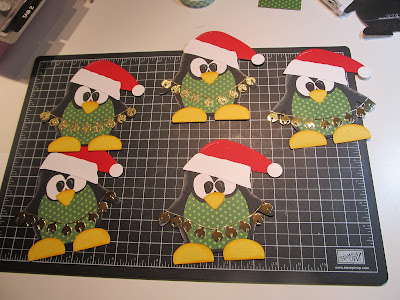 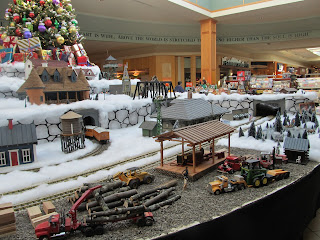 We got the chance to spend a few hours with our Grandson yesterday!  His mom was off island yesterday doing some Christmas shopping so we took Ezra and had some fun!  First we took him to see the trains at the South Portland Mall.  He loved watching the trains go around their tracks. 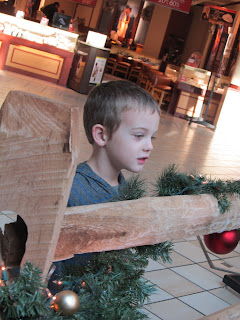 This year there are more trains than ever before!  Also, the
kids get to act as conductors!  They can make the trains move by just pressing a button!  I love watching the expressions on the kids faces as they watch the trains start up! 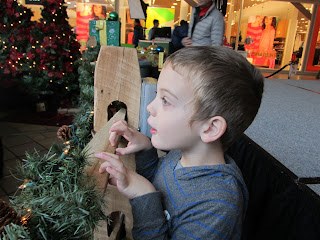 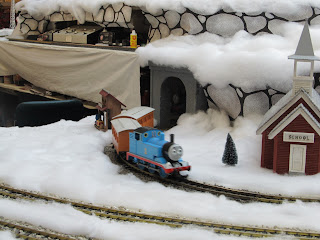 I think Thomas the Train was Ezra's favorite!


This is such an adorable train and one of Ezra's favorite shows to watch!  They really dress the train area up by using "fake" snow!  I don't know who puts this together every year but they do a
fabulous job! 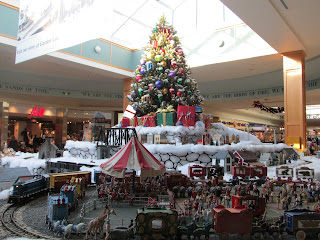 Here is a view of the Circus trains.  Just one of the many trains they have on this display.  We go because we want Ezra to see it... but I think my husband and I would go 'cause we love it too! This is for the child in all of us!

After the trains- we took Ezra too Cabela's to see the animals display!  We also did some shopping too!  It is quite an impressive display!  Here are just a few pictures - there are many more animals to see than I have shown in these pictures!  It is amazing that is right in the middle of the store! 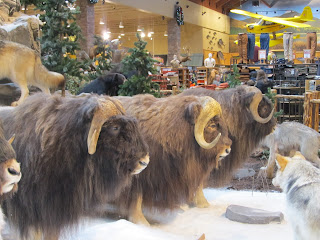 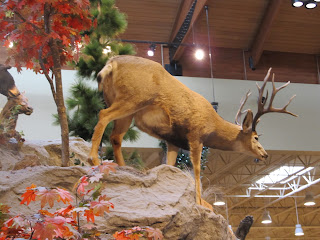 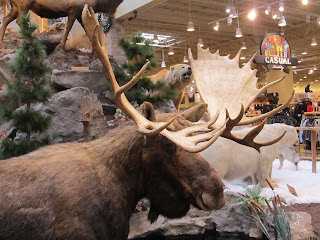 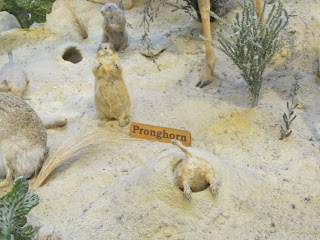 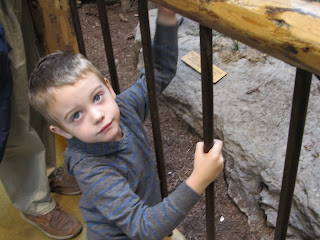 We walked round and round this exhibit!  My pictures don't do it justice!  It is an amazing display!  Ezra wanted to go in and touch the animals!  They are sooo life like!  You can really see the beauty of these animals up closer than you would ever get to them in life.   Ezra had his picture taken with Santa too!  All in all it was a fun afternoon!! Us big kids had a blast too!!  It was a fun day seeing it all through the eyes of a child!  My thoughts and prayers are with the families in Conn.  It is hard to understand how someone could do something so unspeakable.  I know I held onto our Grandson a little longer and said a prayer for all the ones lost that day. 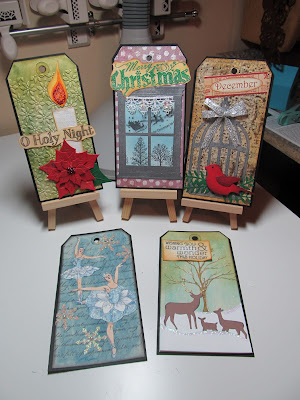 Tags are such fun to make since they are usually quick and easy!  I am making one style of Christmas card but I can make a bunch of Christmas tags-all different! 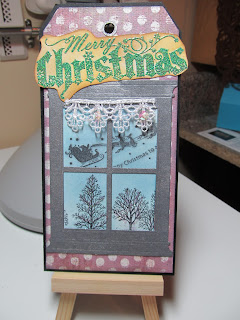 I  used Memory Box's window die to make this tag.  SU's Lovely as a Tree was used for the view from the window. 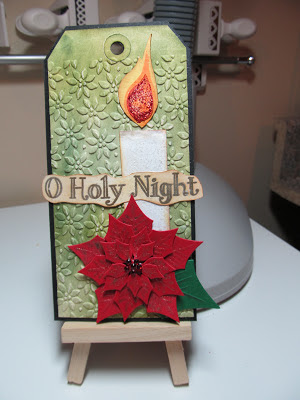 I used Tim Holtz's Distress stain to color this tag.  I then embossed the tag and added Spellbinder's Poinsetta's die.  The flame is SU's bird punch 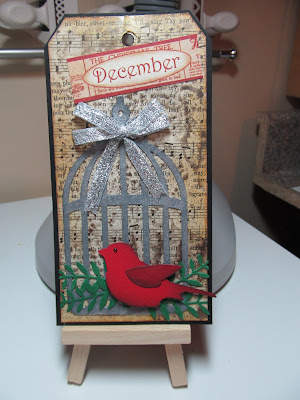 Tim Holtz's Birdcage die was used for this tag.  I sprayed Tattered Angels Pearl to give it a metal look.  SU's bird punch is one of my favorite! 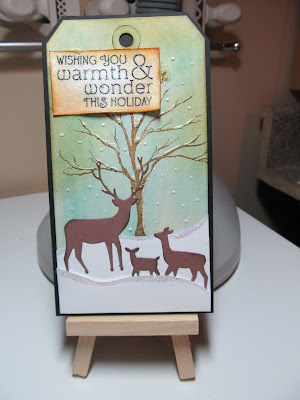 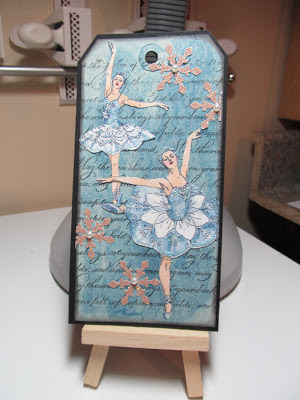 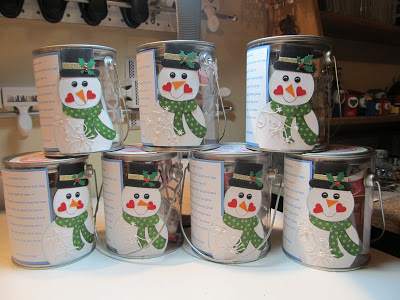 I can't believe Thanksgiving has come and gone!  Christmas is just around the corner, too!  I have been working on several projects.   My Snowman Soup pails are finally done.  I saw the poem for Snowman Soup last year.  I think it is cute so I decided to use it for gifts this year!  The pail is filled with a package of Hot Chocolate mix, a Candy Cane ( for stirring), Hershey's kisses, Gingerbread cookies and of course, Marshmellows.   Here are a few more pictures of my Punch Art Snowman assembly line.  On to the next project-Christmas cards!  Next year I think I will start them in July!!! 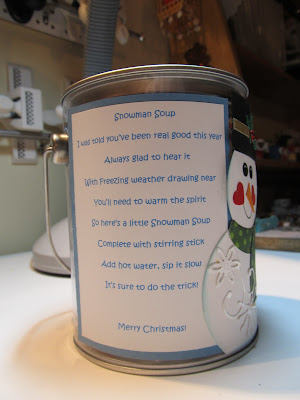